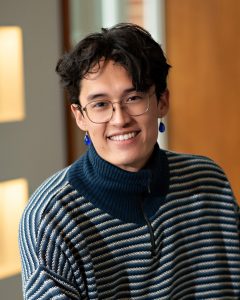 James is a photographer interested in the intersections of traditional and biomedical healing in the Karnali Zone, and their implications for the expansion of biomedical practice worldwide. His host institution is Oda Foundation, Kalikot. He is a recent graduate of Washington and Lee University, and will study medicine after the completion of his project. 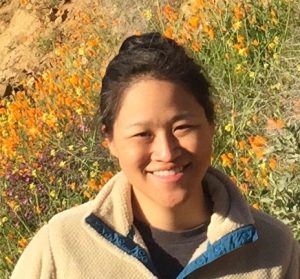 Ms. Christina Park will spend her Fulbright-Fogarty fellowship year at Kathmandu University School of Medical Sciences (KUSMS), Dhulikhel Hospital in Nepal. She will be under the mentorship of Drs. Archana Shrestha, MPH, Ph.D. and Biraj M. Karmacharya, MBBS, MS, MPH, Ph.D. who are faculty at KUSMS and Annette L. Fitzpatrick, Ph.D. who is faculty at the University of Washington (UW), Seattle. Her research will focus on addressing the gaps in knowledge of risk factors and outcomes related to hypertension in Nepal by analyzing data from the ongoing, longitudinal Dhulikhel Heart Study (DHS). She is a doctoral student in the School of Public Health’s Department of Epidemiology at UW. She is excited to conduct research in Nepal and looks forward to learning the history, language and culture of Nepal. 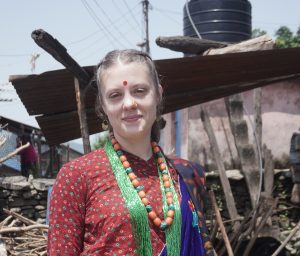 Rose Schwietz is a director/performer/educator born and raised in Minnesota. She has spent several years in Nepal, teaching theatre and English literature to Nepali high school students, and directing and performing with One World Theatre. She trains regularly with SITI Company in Suzuki and Viewpoints methods, and she is a member of Agile Rascal Bicycle Touring Theatre. She is now based in the Twin Cities while continuing regular projects in Nepal and India. When she’s not on her bike or in rehearsal, you can find her reading, writing, learning a new sport, or playing cribbage. Her greatest love in theatre is the collaborative process of building, creating, and performing together.

Her Fulbright project will explore the timely conversation between traditional and commercial art by studying and documenting two ritual dance-drama forms in Nepal: Mani Rimdu (Buddhist, ethnic Sherpa) and Ghatu (ethnic Gurung). The entranced states, synchronized steps, and ceremonial purpose of these two dances make them especially compelling to study together. She will use the Suzuki method of actor training as a template by which to catalog these forms, increasing access to and appreciation of Nepal’s exquisite but fading arts. Then, through an exploratory devising process with urban contemporary theatre-makers, she will examine how these ritual storytelling forms can inform contemporary Nepali theatre. This will culminate in a final showcase performance in Kathmandu. She is drawn above all to the question of the relationship between traditional and contemporary forms of theatre, and whether one can inform the other. 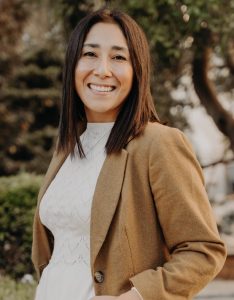 Alexis Lopez is a southern California native, originally from the greater Los Angeles area. She received a Bachelor of Arts in International Studies from California State University, Long Beach where she concentrated her studies in politics, international affairs, and social movements. Throughout her undergraduate career, she worked as both a research assistant and McNair Scholar. Her initial interest in Nepal began when she participated in preliminary fieldwork and language-intensive training in Kathmandu.

For her Fulbright project, Alexis plans to investigate the micro and macro-level impacts of counterculture and cultural exchange through an ethnographic study of the emerging skateboarding subculture that can be found in Kathmandu and Pokhara. While in Nepal, she will be affiliated with One World Theatre. Her study considers Nepal’s complex demography and is particularly interested in how her informants challenge and maintain politically salient sociocultural groups in light of broader processes related to globalization, urbanization, and democratization.

Upon completing her Fulbright study, Alexis will pursue the Master of Public Diplomacy Program at the University of Southern California. Outside of her studies she really enjoys long-distance running and trekking, playing soccer, woodworking and developing her building skills, and can oftentimes be found relaxing with her dog Masala. She is both thrilled and honored to be a member of the Fulbright community in Nepal. 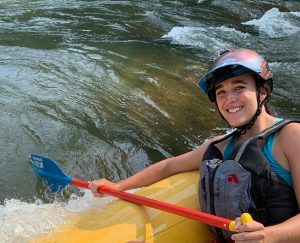 Martine enjoys rock climbing, cheese, ice cream, and biking with friends. When she is not occupied with any of these activities, she may be found hiking, reading, trying to cook, and stressing about the future. Martine will study the semi-nomadic dairy industry in Nepal, specifically the supply chains of various traditional dairy products made in the high hills of Nepal and the transhumant lifestyles of its makers. While in Nepal, Martine will be affiliated with National Forage and Grassland Research Center and Tribhuvan University. Her host regions will mostly be the Kathmandu, Dolakha, and Panchthar districts. Martine is incredibly excited and grateful for this opportunity to study dairy, hang out with large bovines, learn Nepali, and experience life in this beautiful country. 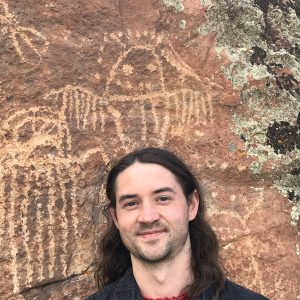 A visual artist from Pennsylvania, Peter Makela received his BFA from the School of the Art Institute of Chicago and his MFA from the Maryland Institute of Art. His work has been shown in exhibitions in the U.S. and internationally, including in Ah La La Ho in Last Projects, Los Angeles, and Rainbow Of Chaos in St. Charles Project, Baltimore. He has been a resident at artist’s colonies such as Byrdcliffe Artist Guild in Woodstock, New York and Windy Mowing in Halifax, Vermont. Peter’s most recent work includes a series of Sky Paintings: an immersion in the study of formlessness and the Buddhist concept of “pure luminosity” that aims to explore the intersection between perceptual and abstract painting and states of contemplation.

Peter will undertake his project as a Fulbright scholar, “The Radiant Emptiness of Space: Madhyamaka and Contemplative Perception,” in tandem with his studies of Madhyamaka philosophy, a school of thought focusing on the interdependence of all phenomena. By deepening his study of this challenging system, integrating those studies into his artwork, and initiating dialogue and the sharing of best practices with the vibrant community of Nepali artists in Kathmandu, Peter hopes to amass an entirely new body of work. He aspires for the new paintings to reflect both a genuine expansion of technical range and a more profound attunement with meditative and contemplative practice.